Unlocks are a fun way to help support the channel. When you make a donation, you can instantly unlock something or wait until later in the show to use your unlock balance. Your unlock balances and credit reset at the end of each show, so be sure to use them during the show!

Some unlocks can be unlocked by multiple people working together (community unlocks) and some can be unlocked individually, by teams, or gifted from one person to another.

Before you try to unlock something, verify it is available, the amount needed to unlock it.

There are three ways you can unlock something:

1. Include the unlock #code with your donation message

2. Use your available unlock balances with the !unlock command

3. Use the !give command to give an unlock to another user in chat

See Gifting Guide for more detail on how this works.

Check if an #Unlock is Available

Not all unlocks are available every show, some unlocks can only be unlocked once a show, and the amount required to unlock will vary, and can rise each time something is unlocked (so it doesn’t get unlocked too frequently in a single show).

The current list of available unlocks will be shown on this page as well as onscreen before and after songs. Also, at any time you can check if a specific unlock is available by typing ![unlockCode] into chat.

ToBeOrNotToBot: $20 remaining to unlock Tooby singing on the next song  (include #toobySing with your cheer or !unlock)

To check your balance available for unlocks run !unlock

ToBeOrNotToBot: @Jyktest you have $10 to use for unlocks before the end of the show.

For example, let’s say you donate $5 and you include #friend in your donation message. If #friend needed $2.50 to be unlocked, then you would still have $2.50 in unlock credit to use. So later in the show, you could run the command !unlock #wrestler, and it would use the remaining $2.50 in your unlock balance to unlock a new #wrestler.

Unlocking Multiple #Unlocks at a Time

Unlocking #Unlocks as a #Team

Team captains can use their teams’ unlock credits with !unlock and !give.

Start your message with your #teamName followed by the command.

Visit the Teams Guide for more detail on how Teams work.

Most individual unlocks like #friend, #download, and #NewSound can be gifted to another user using the !give command.

If you don’t have an unlock balance include the !give command in your donation message.

If you already have a balance, then you can use !give and it’ll deduct cost of the unlock from your balance.

!give can only unlock one kind of #unlock at a time, but you can list multiple usernames to give that #unlock to multiple people. That way you don’t have to run the !give command multiple times.

If you’d like to give a gift to one or more random chatters, add @chat to your !give command. Tooby, our bot, will look through all recent chatters and prioritize those who have never before received the unlock or haven’t received one recently. As in the below example, you can include other users in addition to @chat if you’d like.

You can gift some or all of your cash unlock balance to another user or to a team.

Gifting Unlock Credits to a Team

Anyone can gift unlock credits to a team. You do not need to be a member. There’s two different ways you can do it.

2. If you’d like to give a specific amount, you can include the !give command in your donation message or run it in chat.

By default you can receive gifts from anyone who gives you one, or if you prefer you can block all gifts or only some kinds of gifts. Run !giftsOn to accept all gifts, !giftsOff to decline all gifts, or you can use !giftsOn or !giftsOff followed by unlock names to accept or decline specific gifts (eg. !giftsOff #newSound). You can use !gifts to check your current gift settings.

Every show starts with a daily goal and any donation you make automatically goes towards the daily goal until it has been met. After that, you can choose which #goal you want your contributions to go towards. Not every goal is available every show so be sure to confirm it’s available.

Goals are separate from unlocks. In other words, if you make a $10 donation, you’ll have $10 to put towards a goal and $10 to use with unlocks.

Unlike with unlocks, progress towards all goals carry over from show to show except for the daily goal which resets each day.

Daily Goal Status and Link to this Page

Use the !goals command to get the status of the daily goal.

ToBeOrNotToBot: We’ve reached our daily goal, so we can start working towards other goals. For a full list, visit https://etckid.com/unlocks#goals

Check if a #Goal is Available and Our Progress

You can check if a #goal is available by checking the list at the top of this page, or you can !goal-{Name} to check the status of a single goal:

How to Contribute to a Goal

There are two ways you can contribute all of your available goal credits to a #goal.

1. Include the #goal-name with your donation message.

2. Use the !unlock command to give all of your available goal credits to a single goal.

ToBeOrNotToBot: Meet your new friend… Donald Deluth, a buoyant blue and white striped giraffe, who is afraid of heights.

Note: Unfortunately, it isn’t possible to contribute a portion of your available goal credit. So if you’d like to support multiple goals, make multiple donations and include a different goal with each one. 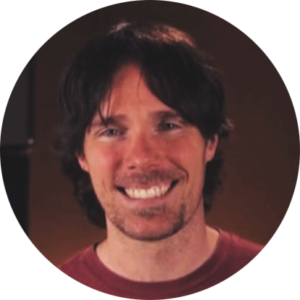